What? An ATM Cupcake Machine? No Way! | Favorite Grampy

What? An ATM Cupcake Machine? No Way!

I was walking around Disney Springs at Walt Disney World when I stumbled upon what I believe is the greatest find in modern history, an ATM machine. Oh, I’m not talking just any ATM machine. You know the kind that spits out cash.

This was a very special ATM machine because when you put in your ATM card you get something better than cash, you get a cupcake.

Can you believe it? An ATM Machine that dispenses cupcakes. Unbelievable!! Why am I now only finding this out?

As soon as I saw this machine I start to run toward it, pulling out my credit card and knocking over a few grandkids that were in my way.

Cupcake technology has come a long way. It wasn’t that long ago when you had to get a box cake mix, add some milk and eggs and mix it all up in a bowl.  Then you had to put the batter in little colored paper cupcake cups making sure not to overfill them. After which you had to bake the cupcakes at 350 degrees for 45 minutes.

This fantastic magical Cupcake ATM machine solves that problem. In only a few seconds I can have as many cupcakes as I want.

So anyway, I come across the cupcake ATM and I have my grandkids help me figure the thing out. New technology so of course you have to have little kids help.

Well, we go through all the prompts and pick out my cupcake. I mean our cupcake. There are a lot of choices but we get to the one we want. Then its just a matter of swiping the credit card and the cupcake fairies go into action.

We can actually see our cupcake being selected for us in a live cupcake video feed.  I can’t tell you how excited I am at this point.

And then like magic, we are at Disney World of course, a panel in the ATM slides open and there is a bright glow at which point our cupcake appears.

It comes in its own pink cupcake box. I pick it up lovingly and open the lid. And there in my hand, in less than 60 seconds I am holding the most beautiful cupcake you have ever seen. Well, it does kind of look like a Pokeball.

That cupcake was delicious. To bad the grandkids didn’t get any. They should get a job so they can buy their own. 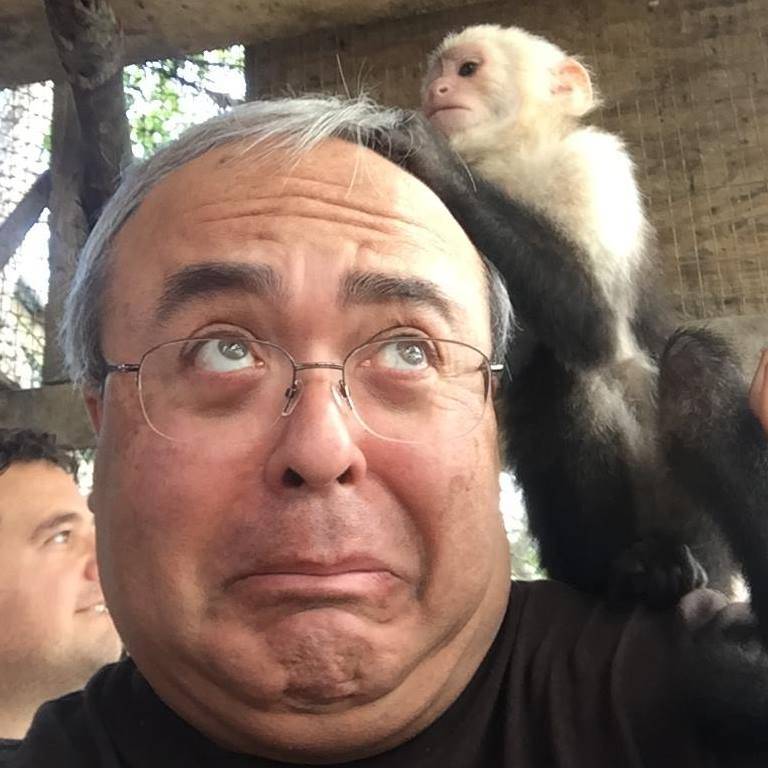 Join all the other people that get my videos and blog posts sent to their Inbox.

Manny– I love your blog, your adventures AND this magical thing called a Cupcake ATM! I am glad you created #FavoriteGrampy…look forward to your continued adventures!!! — Carol

Thanks Carol. As you can see I have only just started but stay tuned in the months to come. Make sure you subscribe to the blog, my YouTube channel and Instagram so you don’t miss a thing.